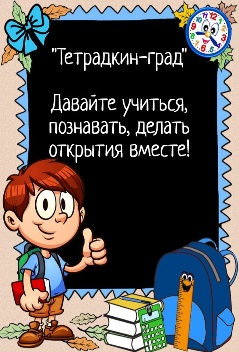 What is to be outstanding, to your mind?

Once in our life we start to consider what actually to be an outstanding person means.

In my opinion to be an outstanding person means to possess personality, not to be like anyone else and it is someone who is not trying to emphasize it. An outstanding person is the one who wants to do something good in his or her life and who likes to help other people and leaves some kind of trace in the life of others, I believe, an outstanding person is not a person who is famous all over the world. A great number of remarkable people surround us and we may not even know about it.

All famous people we can speak about are outstanding, because to make yourselves known and be spoken about you have to be different in some way and not only people bom to famous and rich families can be called outstanding.

We have to live our lives to be respected, we shouldn’t do harm to anyone, we have to help people, that will make an outstanding person from each of us.

What famous Belarusian poets and writers can you speak about?

Belarusian national art has deep roots in the past. During the First Russian Revolution the voices of the young poets Yanka Kupala, Yakub Kolas, the revolutionary poet Tyotka-Elaisa Pashkevich and other talented writers could be heard throughout the country. Elaisa Pashkevich was a teacher, the author of poems written in defence of ordinary people. Kupala represented one of the peaks of Belarusian poetry. He fully expressed the spirit, the character and hopes of his people, hatred for the oppressors of the people. Kolas also created many remarkable poems about the destiny of Belarus and later two larger epics — "The New Land" and "Simon the Musician."

One of the wonderful Belarusian lyrists was Maxim Bogdanovich. He lived only 25 years but raised Belarusian literature to the world level. His poems preserve national spirit and express real pain for the people. His poems and songs are known everywhere in the world.

I also appreciate Vasil Bikov’s works. They have been translated into many languages of the world. His books "The Cranes Are Crying", "The Obelisk", "Sotnikov", "The Wolves’ Pack" are well-known. There are films made from his stories.

What questions would you ask a famous writer?

What characters are your most favourite?

What can inspire you to write a new book?

Do the characters of your books come from a real life?

Was it your dream to become a writer?

Is it easy to create a new story?

What outstanding personality do you admire?

It’s difficult to speak about Kupala, Scorina, Tadeush Kostyushko. Little message about their biography is not enough to understand what kind of people they were. For me it’s easier to talk about my friends or someone I know, and it’s my grandfather. What I know, the person I’m becoming is all thanks to him. He is the person who helps everyone and never asks anything in return, he taught me to love books, never to stop and to go on. That was the main idea he taught me and he gave me the message: you have to do everything in life just to respect yourself and no one will give you more in the world to be desired. These few rules my grandpa passed on to me and I’m a lucky person because I have this kind of man in my life and thanks to him I’m accepting the world as it is.

There is place for heroic deeds, each of us is able to do it, to respect others and to be respected.

Is it an advantage to be famous?

It is widely believed that famous people have a wonderful life with no worries or problems. But is being famous so easy?

The greatest advantage of being famous is that celebrities are usually very rich so they have easier life than other people. They live in beautiful houses maintained by housekeepers, gardeners, cooks and other servants. They do not have to worry about paying bills, can afford the best clothes and drive the latest models of fast cars. What is more, they spend their holidays in expensive resorts, get the best hotel rooms and the most efficient service.

Secondly, when you are famous, your name is known by everyone. Then, you are invited to the best parties and meet other celebrities. Your fans send you letters to tell you how much they admire you.

However, being recognized by everyone in the street can be annoying. Famous people have no privacy, paparazzi try to photograph them all the time, people stop them in the street, asking for an autograph.

Fame also carries worry about your own safety and the safety of your family. There is always a danger that a crazy fan may try to kidnap or kill you or your children, so it is necessary to employ bodyguards.

All in all, fame may be nice but not an easy thing to live with. You have money but you do not feel safe, you have friends and fans but you can never be sure if they like you for who you are or for your money.